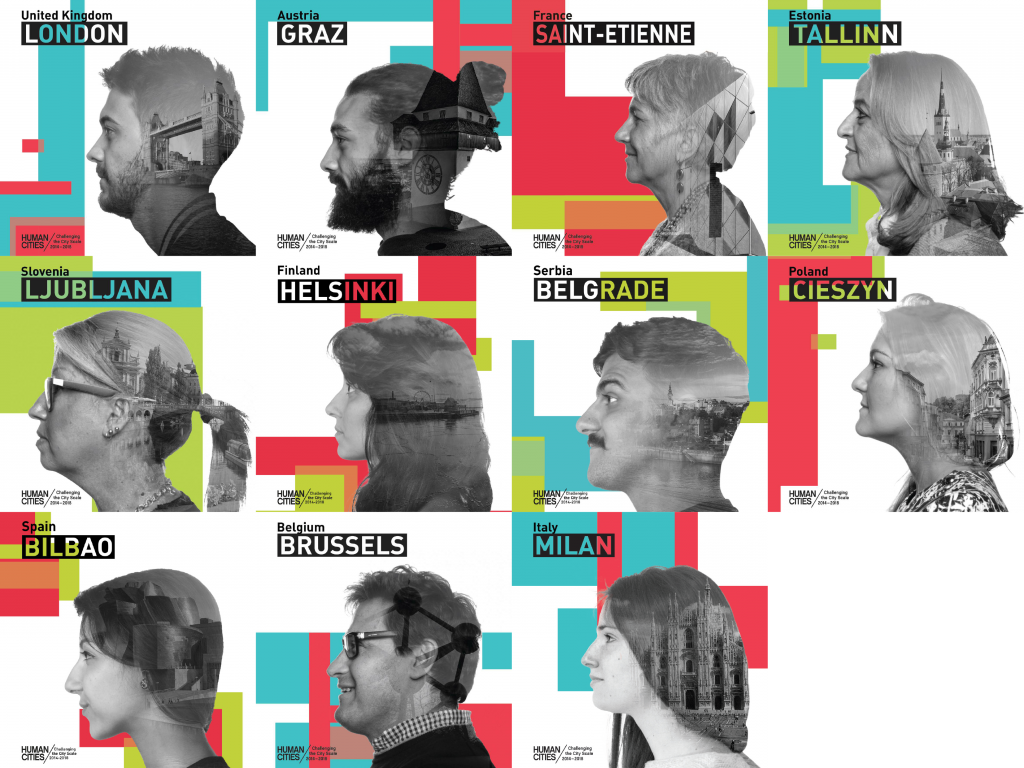 HUMAN CITIES Challenging the City Scale 2014-2018, founded by Pro Materia, co-funded by the Creative Europe Programme of the European Union, now led by Cité du Design from Saint-Etienne, is significantly different in scale compared to the previous editions. It has established a truly European and international frame in order to create the best place to be to engage design-driven initiatives taking place within the public realm. It aims to have a truly and positive impact on professionals and the general public. The European network of partners composed of 12 cities will develop and encourage from 2014-2018 people-driven initiatives and competencies. They will enlarge the awareness of the audience by taking part in the main design events in Europe welcoming several exhibitions, and acting in close relationship with other design networks in Europe and in the world.

The Human Cities_Challenging the City Scale Research Project started with enlisting inspiring States of the Art and Case Studies. They offer inspiring cases for urban experimentation, and an analysis on the current bottom-up urban design movement and social innovation at a European scale. This research, in the form of Co-briefing sessions, Experiment Labs and Master classes, has a strong objective: a deep legacy to the local communities. Human Cities opens up to the wider public, thanks to the touring exhibition concept and the digital catalogue which goes with it.

The Human Cities project is planned according to 7 different work packages: