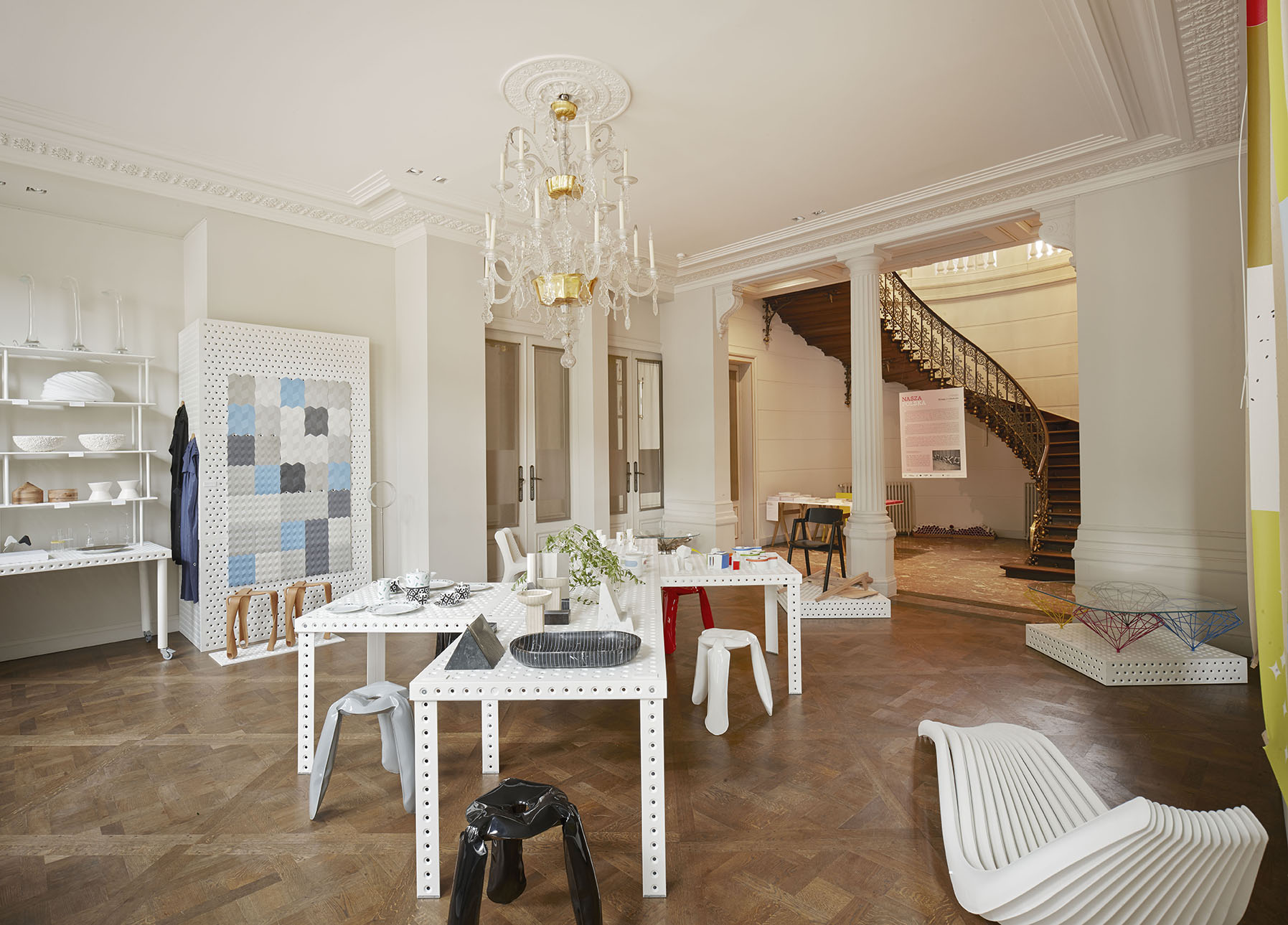 Taking the opportunity both design events provided, Nasza Polska was held at La Rotonde Stalingrad during Paris Design Week (6 to 13 September 2014) and at La Nonciature during Design September Brussels (19 September to 5 October 2014) – showcasing a curated selection of furniture, playful accessories, ceramics, glassware, graphics and lighting design. A special focus will be put on the Nasz Collection – curated by Tomek and Gosia Rygalik – which debuted at Wanted Design during New York Design Week in May 2014. Combined with Pro Materia’s selection, this ultimate collaboration has given birth to “Nasza Polska” (‘our Poland’).

Echoing both Paris Design Week and Design September Brussels events, a bilingual special edition TLmag Polska will serve as both an exhibition catalogue but also stand-alone with further insight into each designer’s approach –compiling a series of designer portraits, studio features, process design stories to unveil the contemporary Polish design scene, with human-driven, local and international perspectives. In addition, the publication will include an exclusive historic overview – tracing Polish design back to its pre-World War II origins – with a special look at the Ćmielów porcelain factory, the National Museum of Warsaw’s design archive, Oskar Hansen’s summer house and his ‘open form’ theory and practice – as a way in which to contextualise today’s Polish industry and design-led craft.

Emblematic of how history can influence contemporary design to foster new stories, The Centre of Modern Design’s unique archive – founded in 1978 by Wanda Telakowska, which she later donated to the National Museum in Warsaw –comprises more then 25,000 objects. Such a collection testifies to the dynamism of modern Polish design, between 1920 and 1930 – with such examples as the Ład Cooperative, known for their burnt-pine furniture, kilims, Jacquard textiles and pottery). The archive also reveals Meko (colour furniture), influenced by De Stijl and the Bauhaus, Modernist Warsaw architects and hidden secrets from Wrocław Academy of Fine Arts and Design. The Golden age of Polish design, so-called ‘contemporary’ style, was especially important from 1956 till 1965, under the impulse of the Industrial Design Institute and a new generation of designers including Teresa Kruszewska and Andrzej Nehring. The 1950’s was highly creative period, where screen printed textiles designed by folk artists and designers as well were joined by the advent of glass and ceramics industries – emerging in the 1940‘s to early 1950‘s. The Włocławek handpainted faience was followed by printed earthenware – everyday-use glass manufactured in Silesian factories and designed at the Academy of Fine Arts and Design Wrocław. Porcelain figurines defined Polish ceramics between 1957 and 1964, taking inspiring from Henry Moore’s organic sculptures. Such oeuvres continue to inspire contemporary designers – who are still produce in Ćmielów. Now that the ‘designed and produced in Poland’ motto is on a come-back, Polish designers and design studios are reinterpreting iconic pieces, thanks to brand-, product- and designer-based platforms such as Nasz. Some are exploring the artistic heritage of Neoplasticism, with new materials and innovative ideas for domestic and reclaimed public space.

With today’s freedom of speech, the Polish design scene is more than ever, innovative – accounting for a strategic position within the Central European context. A special tribute goes to Oskar Hansen and his followers, who have advanced the qualities and vision behind the ‘open form’ movement – as a source of humane creativity, merging and redefining the boundaries between the fine and visual arts.

With Nasza Polska (translating as ‘our Poland), Pro Materia and TLmag brought contemporary Polish design into the spotlight. After an extensive tour in Warsaw, Cmielow, Lodz, Poznan, Wroclaw, Krakow and Szumin,