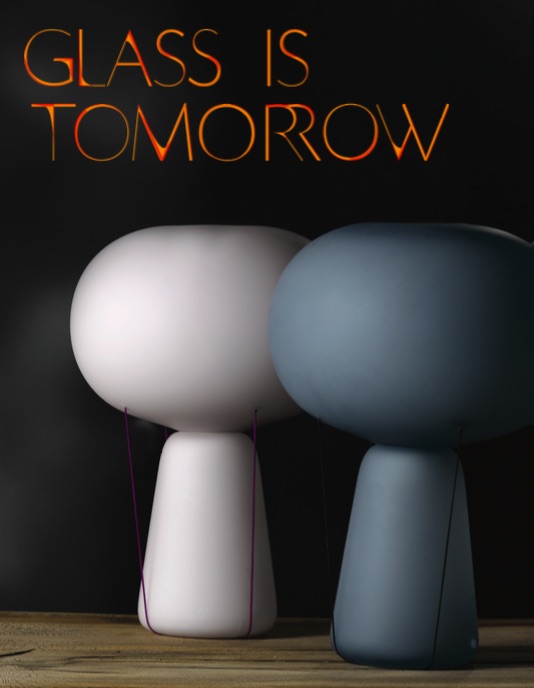 Co-funded by the European Union Culture Programme since 2011, Glass is Tomorrow has brought the world of glassmakers and designers together by forging strong links between the individuals and territories involved in this age-old craft, thanks to the energy of partners and associated partners (major centres of glassmaking, production houses and educational programmes). Having received the label of excellence from the EU, it initially took place in 2011-2012 in Nuutajärvi (FI) with Iittala, in Nový Bor (CZ) with Verreum, and in Meisenthal (FR) with CIAV. From 2013 until 2015, GIT has gone from Boda (SE) with The Glass Factory on to Domaine de Boisbuchet with The Corning Museum of Glass’ Glass Lab™; ESADSE Saint-Etienne with Saint-Just Glassworks; CIAV in Meisenthal; and Nude (Şişecam) from Denizli, ending up in London at the RCA. After a first touring exhibition in 2013, this second round starts in March 2015 in Saint-Étienne’s Musée de la Mine followed by Milan’s Salone del Mobile with Nude, Stockholm’s National Museum at Kulturhuset and the RCA at Battersea during LDF.

Latest updates from Glass Is Tomorrow

The “Glass is Tomorrow” exhibition was mounted at Nationalmuseum Design from 17 June to 23 August 2015. The exhibition featured a selection of pieces from the various workshops, presented thematically by manufacturing method.