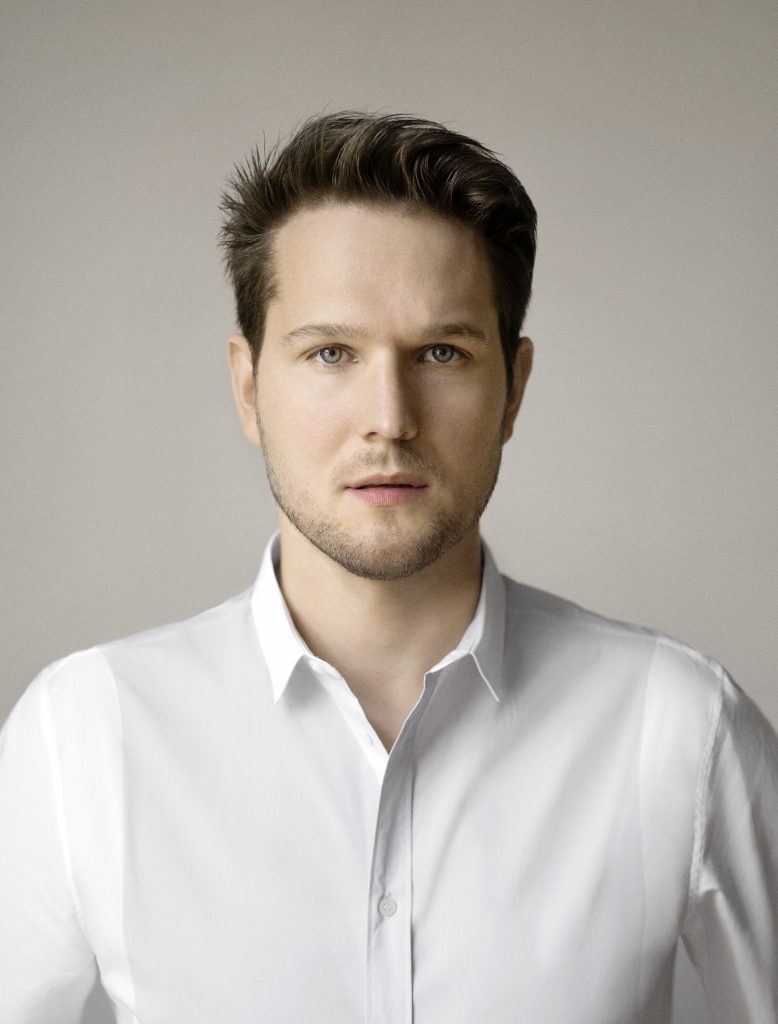 Sebastian Herkner was born in Bad Mergentheim, Germany. He studied product design at the HfG Offenbach am Main (Offenbach University of Art and Design), already focusing during his studies on designing objects and furniture merging various cultural contexts, combining new technologies with traditional craftsmanship in order to highlight the multifaceted beauty of the materials and draw renewed attention to small details. Whilst still a student, Herkner did an internship with Stella McCartney in London, which helped to hone his feeling for materials, colours, structures and textures. Since founding his own design studio in Offenbach am Main in 2006, he has designed products for manufacturers such as Classicon, Dedon, Fontana Arte, La Chance, Moroso, Pulpo, Rosenthal and Very Wood, as well as working on interior design projects and for exhibitions and museums. Since 2007 he has taught several courses at HfG Offenbach am Main as visiting lecturer. His designs have received multiple prizes, including the 2011 German Design Award in the Newcomer category, 2015 the EDIDA Award for Best International Newcomer and Guest of Honour at imm cologne 2016.

Sebastian Herkner Does his “Offenbach” Chair for Thonet

With the new 118 range, the German designer has reworked Thonet’s 214 chair for the dining needs of today

Sebastian Herkner is launching the ames collection at imm Cologne, as well as currently showing at Spazio Nobile in Brussels. TLmag spoke to the rising star.

A passion for glass and bringing together classical and modern production techniques is what distinguishes Sebastian Herkner’s design practice, he tells Anita Hackethal from Architonic.

Save the Date: Silver Edition at Spazio Nobile