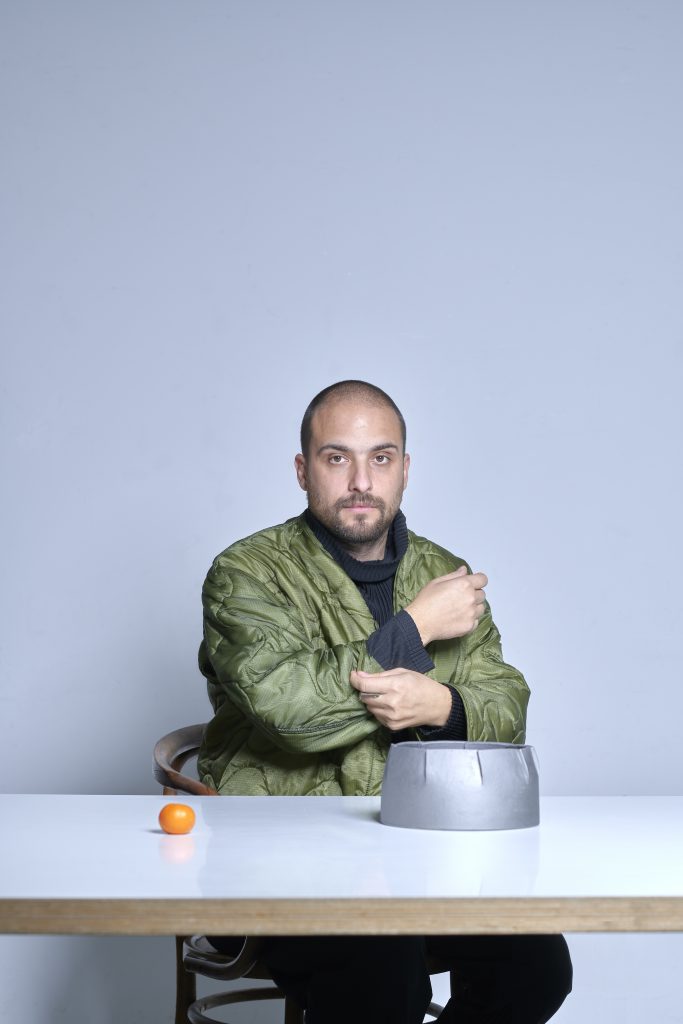 Mathieu Peyroulet Ghilini (born in 1983) graduated from the Ensci- Les Ateliers in 2012 with the congratulations of the jury for his “Sophistications” project. In 2014, designer in residence at Sèvres, Cité de la Céramique as well as ‘at the International Research Center for Glass and Plastic Arts – CIRVA in Marseille, he obtained a grant from the Kreo gallery. In addition to his activity as designer and scenographer, Peyroulet Ghilini integrated a daily practice of drawing into his creative process, whether it be research sketches, an initial and essential stage in the creation of an object, or drawings more evanescent, reflecting a personal aesthetic, while remaining in the world of the tangible. Two personal exhibitions ensued in 2017 “Space Drawings”, and in 2019, “American forms I”. In 2017, Mathieu Peyroulet Ghilini won the Villa Kujoyama, Research Residence of the French Institute in Kyoto. He carried out research there on lacquer and ceramics while carrying out a photographic inventory of Japanese houses on site. This passion for Japan continued in France in 2019 by ensuring the scenography of “As Movable as Butterflies, Les Chochins du Japon”, an exhibition around Japanese lanterns, from their origins to the present day at the Museum of Decorative Arts and Design – MADD in Bordeaux, under the curatorship of Etienne Tornier. In January 2020, Peyroulet Ghilini was nominated as Rising Talent for the 25th edition of the Parisian fair Maison & Objet.