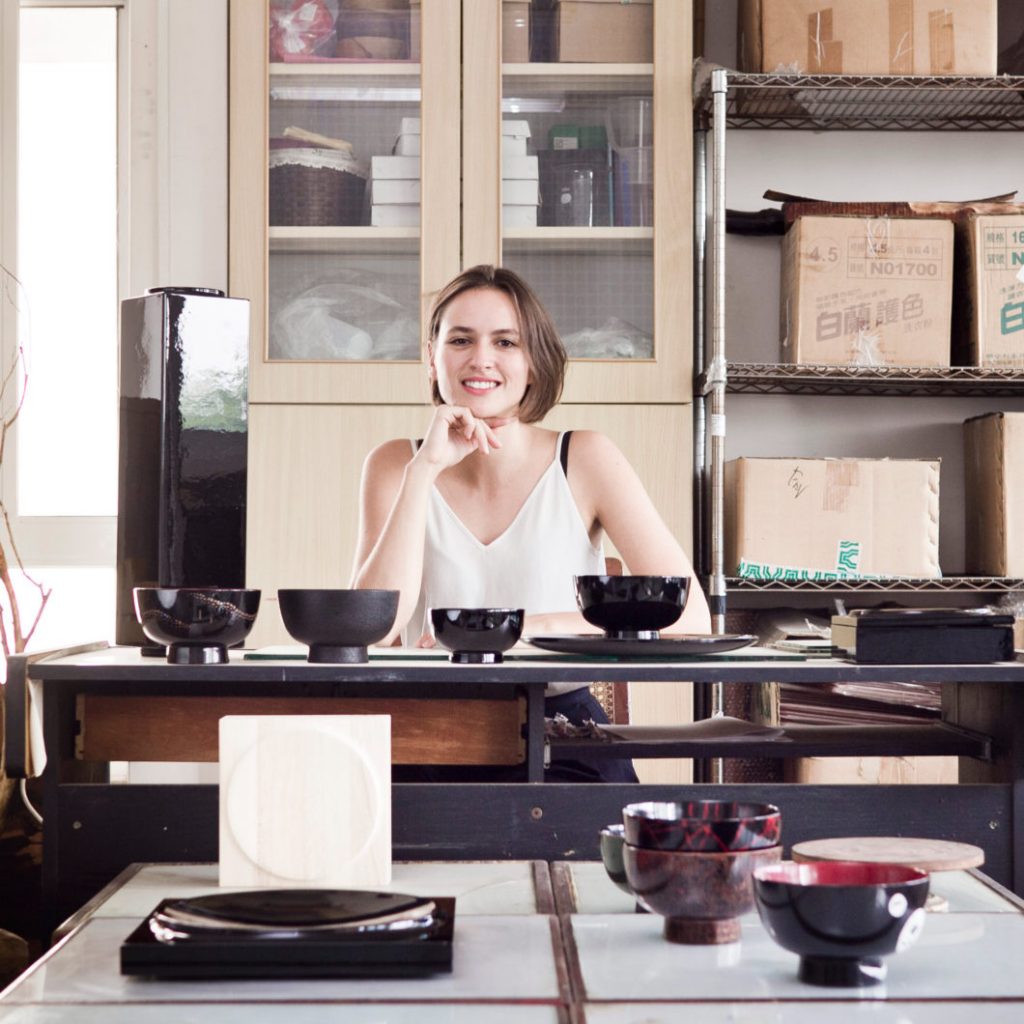 Julie Richoz is a Swiss-French designer. After graduating from ECAL, École Cantonale d’Art de Lausanne, she started working for Pierre Charpin as a project assistant. In 2012 she set up her design studio in Paris where she enjoys with curiosity and sensibility to develop her own language through objects. Richoz has won the “Grand Prix” of the Design Parade 2012 at the Villa Noailles. She was a designer-in-residency at Sèvres – Cité de la Céramique, as well as at CIRVA, international research center on art and glass in Marseille, where she was given the chance to explore the materials and the savoir-faire behind them. The results of the residencies as well as a lamp developed with the support of the Galerie Kreo where it was exhibited at a touring solo show at Design Parade 8 in Hyères, imm Cologne, and Paris Designer’s Days. Besides her gallery work she collaborates with companies such as Alessi, Artecnica, Louis Poulsen and more recently Louis Vuitton. In 2015, she received a Swiss Design Award, which is the Switzerland’s leading national design competition organized annually by the FOC (Federal Office of Culture) since 1918.

Julie Richoz’s works take part in the project A New Layer Taiwan – A New Layer II: Design stories from Taiwan to the world.

Sebastian Herkner was born in Bad Mergentheim, Germany. He studied product design at the HfG Offenbach am Main (Offenbach University of Art and Design), already focusing during his studies on designing objects and furniture merging various cultural contexts,

Allaying the presence of spring-steel in a delicately laced structure, the Thalie bowl for Artecnica…