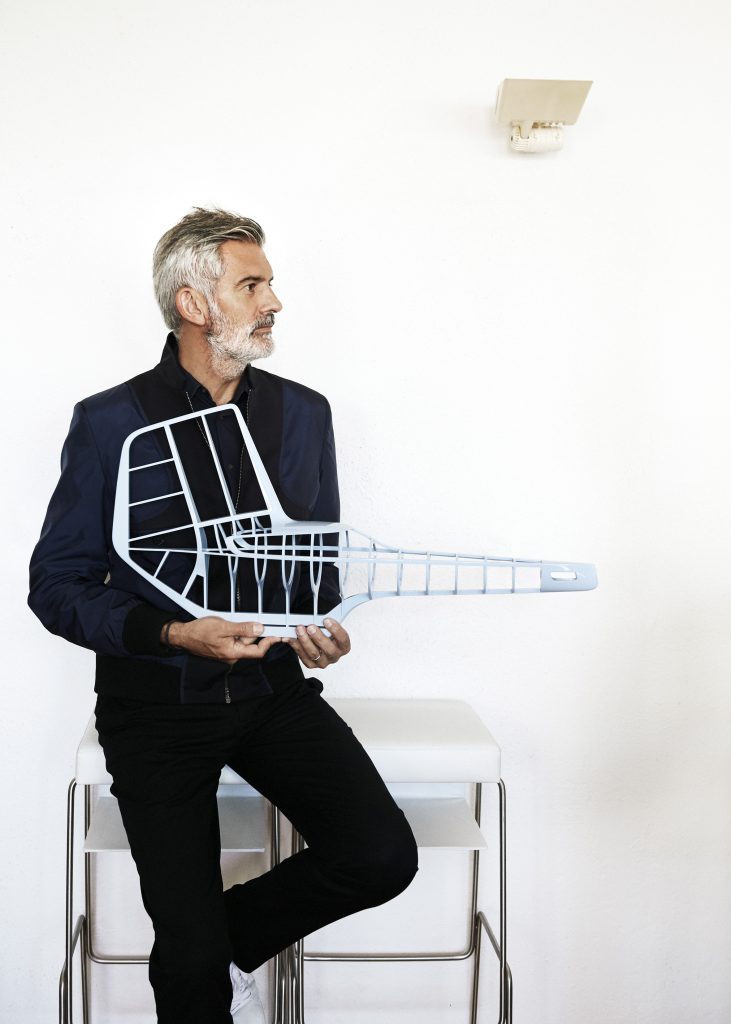 Celebrated Swiss-Argentine designer Alfredo Häberli has been innovating the industry since launching his own practice over two decades ago. Based in Zurich, the niño curioso of Swiss design has worked with major brands including Alias, BMW, Camper, Iittala, Kvadrat, Moroso and Vitra, just to name a few. Exploring future-proof possibilities, Häberli still remains rooted in tradition, that of his native Argentina and his adoptive land. In 2014, he received the Swiss Grand Prix of Design. In 2006, he was named Guest of Honour at Biennale Interieur. Working in a plethora of applications, Häberli finds a sweet balance between joy and energy, expression and emotion, history and everyday observations.

Anita Hackethal speaks to Alfredo Häberli about preferred materials, digital libraries and the impact of technology on his work.

Domotex, the world’s leading trade fair for carpets and floor coverings, opens in the new…

TLmag spoke to Alfredo Häberli about his silver-finished Peacock Pitcher for Danish brand Georg Jensen, on display at Spazio Nobile Gallery in Brussels until February 17, 2017.

Save the Date: Silver Edition at Spazio Nobile

Alfredo Häberli: The Spheres of Life

Close to Lake Zurich, surrounded by mountains, Alfredo Häberli and I took the scenic route…

For 3daysofdesign, the Swiss Embassy in Copenhagen will host an exhibition of the country’s top design talents, curated by Alfredo Häberli.